The Political Awakening of John Ruskin 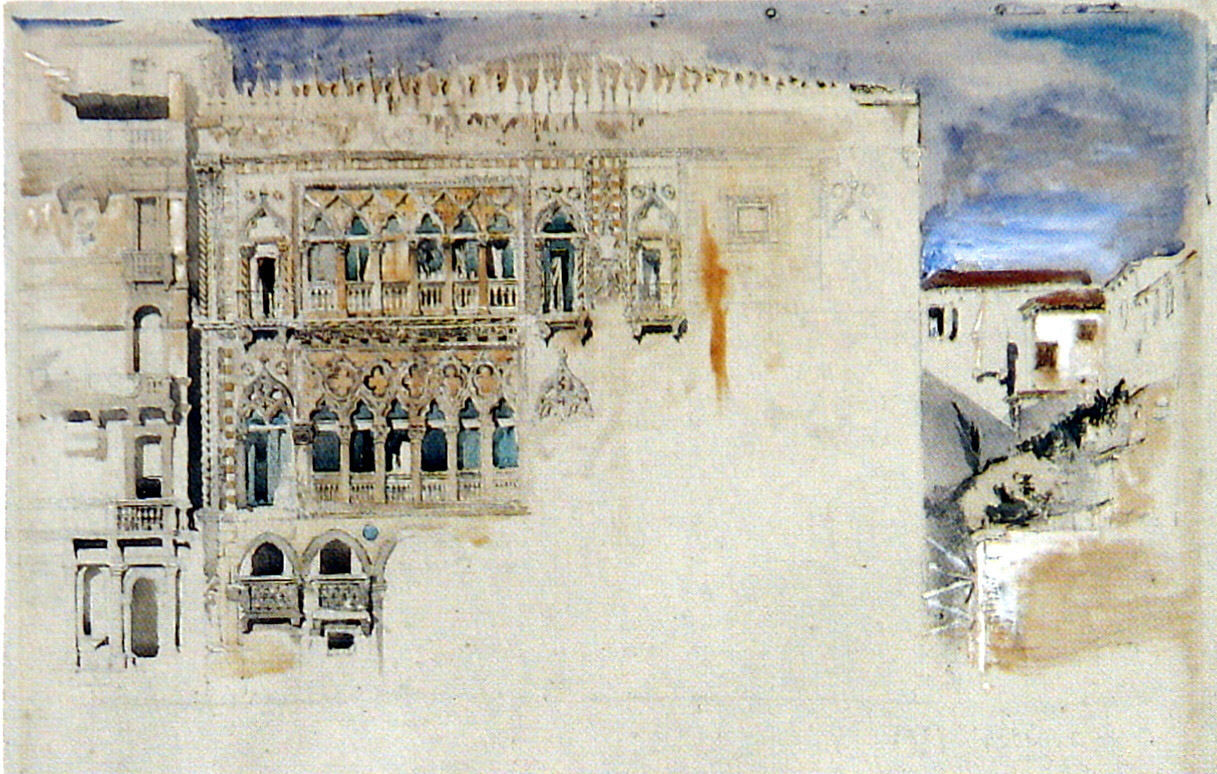 The Spolia of San Marco

"It's so easy for me to get caught up in the feeling of a city like Venice, where everything is just beautiful color and gorgeous buildings that are so peaceful. You can roam around and get lost in the labyrinth." - Nanette Lepore

La Bella Donna: The "Living Essence" in Titian's Portraits of Women from the 1530s and 1540s

This exhibit explores Titian's revolutionary portraits of women from the mid-16th century and compares them with contemporary Venetian and Florentine portraiture.

Is it a tomb, a monument, a garden, a cemetery, or a necropolis? Carlo Scapra himself defines the Brion complex in San Vito d’Altivole as a pathway, at the same time emphasizing the exceptional nature of a project of sublime futility. Given the breadth of Carlo Scarpa’s work, it is not surprising that his most well-known, most visited, most photographed work, and the object of the greatest number of interpretations in Italian and international writing is also the most difficult to categorize.  The nature of the commission and the architectural effect achieved by Scarpa makes the tomb exceptionally difficult to define. Any attempt to identify or describe it includes the notion of a voyage. This exhibition seeks to prove that Scarpa was able to achieve multiple levels of harmony through the repetition of forms, materials, and themes.

The mosaics portraying Venice's patron Saint Mark illustrate a point in Venetian history and identity.  In 829 two Venetian merchants removed the body of Saint Mark from Alexandria, in what they believed to be the return of their personal saint to his rightful place within the Basilica of San Marco.  Immediately artists began to construct and decorate the structure to befit the final resting place of the Evangelist. The original 9th century structure was damaged in a fire, which lead to it being re-worked in the 11-12th centuries.

The newer structure epitomizes Baroque ornamentation and adopted architectural details from cities that the Republic admired, such as Alexandria, and Constantinople. This compilation of styles, and spoila from its conquered cities is worn like a badge of pride on Venice’s most prized church. The mosaics display an air of opulence and divinity depicting Saint Mark's life, miracles, and final journey to Venice.

The Republic of Venice strove to shape its identity as an independent colony through the visualization of a political ideal.  Over time, a refined concept of imagery through certain figural portraits appropriated the personification of Venice as the Queen of the Adriatic, with its patron Saint Mark as holy protector.   Saint Mark is one of the Evangelists and author of the Gospels.  Each of the Evangelists were assigned a symbol to connect, yet individualize them.  Saint Mark is symbolized by the symbol of the Lion.  Mark in forma lionis, or the form of the lion, is a widely used icon throughout the city of Venice, as well as the exterior and interior of San Marco.

The interior of San Marco is covered with over 6,000 square meters of mosaic ornamentation.  The original images that have not been completley re-worked are Byzantine in style, indicating the mosaicists may have been imported from Constantinople or educated in their craft by Byzantines.  Mosaics pertaining to Saint Mark are located in numerous locations throught the basilica, including the exterior facade.  I will be focusing on those located in the front half of the building, specifically the North portal mosaic, the main apse, and the Zen Chapel.  These are the most visible to the public, and help shape their view of their patron.

In the landscapes of Venice, Monet did not think it mattered what he painted; however, this study of Monet's paintings of the city indicates that architecture was critical to Monet in depicting the atmosphere of Venice.

Views of 19th-Century Venice through the Eyes of Whistler

As an American, James Abbott McNeill Whistler, (1834-1903) lived an expatriate life in Europe. He is considered one of the 19th century’s most significant artists. Although he earned some approval and studied art in Paris, he decided to make his home in London. The artist’s only excursion to Venice came at the end of a challenging period. Whistler was having financial and political issues. Whistler sued the art critic John Ruskin for libel in 1878; although he won the court case, he was awarded only a small amount of money for damages. Because of his circumstances he took an assignment given to him by London’s Fine Art Society to create a series of etchings of Venice. It took him some time to warm up to the city. He spent many more months than the three which were allotted to him in Venice, the city of water. In Venice, Whistler made over 50 etchings and almost 100 pastels, as well as a few paintings in oil. Venice offered Whistler great opportunities. He took to the lesser known places while other artists at the time, such as Pierre-Auguste Renoir, were attracted to the more celebrated Venetian sites. Venice was in a sense a therapeutic place for Whistler. Alhough some of his troubles followed him he was in a new environment. The new environment proved to be a beneficial for him especially in an artistic sense. The works he created here are special and distinctive in comparison to his earlier and later works.

In the 1550s, Titian created six mythologies called the poesie for Philip II of Spain. Philip II wanted these works in order to bring the modern Renaissance style to his kingdom. In the poesie, Titian was influenced by the works of other Renaissance artists as well as Classical motifs, and these formed the basis of the modern style. All of the poesie depict tales of Classical mythology from Ovid's Metamorphoses. Titian strove to paint for the personal pleasure of the Catholic king, Philip II, who appreciated and respected Titian’s artworks.

16th Century Portraits of the Doges of Venice: A Comparison of Venetian and Florentine Portraiture

As Chief Magistrate of the Most Serene Republic of Venice, the Doge has held a lofty position of power that is represented throughout Venetian portraiture of the 16th century. With a blend of striking realism and monarchic pomp, these portraits convey the richness and authority of the highest elected leader of Venice and present a style of portraiture which is truly Venetian. Following the standard of Florentine portraiture of nobility such as the Medici family,16th century Venetian portraiture of the Doges evokes this grandeur and stateliness. Though different, the Florentine portraits of nobility and the Venetian portraits of the Doges both clearly articulate the prestige and commanding presence of these men of power. From robes of ermine and red brocade as distinguished in portraits such as Titian’s Portrait of Doge Andrea Gritti (1540) compared with the militaristic majesty in Bronzino’s Portrait of Cosimo I de’ Medici (1545), these Venetian and Florentine portraits emphasize the achievements of these influential men.